The Firearm, the Couch and the Discharge

The Firearm, the Couch and the Discharge 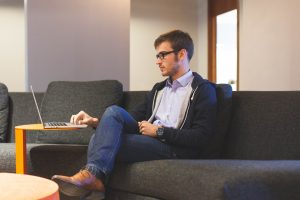 How often do you check you sidearm while in public? Do you know where your firearm is at this moment? Where was the last time you had a solid confirmation that your firearm is still on you?

There was an incident at an IKEA where a concealed carrier lost his firearm in the store and a child found it and discharged it. Yes, I just cringed thinking about what could have happened to that child if they pointed it at someone or themselves. Fortunately the child was not hurt or anyone in the store. The concealed carrier did not know his firearm was missing until he heard the gunshot in the store. Being the responsible gun owner, he talked to the police when they arrived and he was not charged for the incident since he was not breaking any laws.

So what happened to cause such a scary incident for everyone in the store?

The gentleman was in the furniture section sitting on couches and when he got up, the furniture relieved him of his weapon and it fell and lodged itself in the cushions.  After he left to continue his shopping, a child found it and pulled the trigger on it. That’s a scary scenario, but unfortunately, things like this do happen. One day, while watching a movie at home with a party of people, I sat down on the couch and the way I sat, the pillow that supported my back pushed up on my firearm and it popped it out of my holster and onto the couch between the cushions.  So I know that this does happen with furniture. I immediately stopped what I was doing, carefully looked for the firearm and picked it up making sure nothing was caught in the trigger guard, especially my fingers as I was slowly picking it up.

This has happened to me a few times so far. As a concealed carrier, I don’t have the need for a higher retention level holster due to my current lifestyle. Plus, who would think that furniture would grab your weapon? I have had my firearm pushed out of my holster by the backs of wooden chairs and couches before and sometimes you can feel it and at other times you just don’t.

As a responsible firearm owner, you need to continuously remind yourself to check to see where your firearm is when getting up from a position of sitting or lying down, like getting up from a chair or couch, or if you were on ground level (gardening, working on a project, etc.) doing something. I personally use my elbow and bump it on my firearm while on the hip to make sure that its still there. Having a holster gives you a feeling that your firearm is still there, but with a visual or physical check, it may not be.  I am sure some of you have experienced this where you think you have your firearm, but its the holster giving you the illusion that it is there.

Losing a firearm is a scary feeling. When you can’t find it, all sorts of things start are going through your mind. Did it end up in someone else’s hands? Did a child pick it up? What do you tell the police?. You have to remove the embarrassment factor and focus on where it is and try to retrace your steps. If the police are involved, you will have to make a statement, but I would suggest you talk to your attorney.  Do you think It makes you look like an irresponsible firearm owner? Just thinking about it gives me a sick feeling in the pit of my stomach and trying to figure out if it fell out of my holster or if someone stole it without it being noticed. I would start freaking out. I frequently check myself after getting up from a seated position or if I was on the ground doing something, and I’ll do it in a stealth like manner so no one is any wiser if I am carrying in public.

Just remember to make sure you know where your firearm is located. It’s a fluke that this happened to this person who was shopping at IKEA, but these things do happen. Be safe, be responsible and make that quick check as often as possible when your changing body positions that can possibly relieve you of your firearm.